In sunny Valais, Williams pears and apricots develop an intense flavour. This intensity is preserved and transformed by copper-still steam distillation into a clear brandy. The result: an elegant, fruity eau-de-vie. If you haven’t yet encountered this speciality, try a Valais pear brandy AOP or an Abricotine AOP – as a digestif after a good meal, splashed over a sorbet or in a refreshing cocktail. 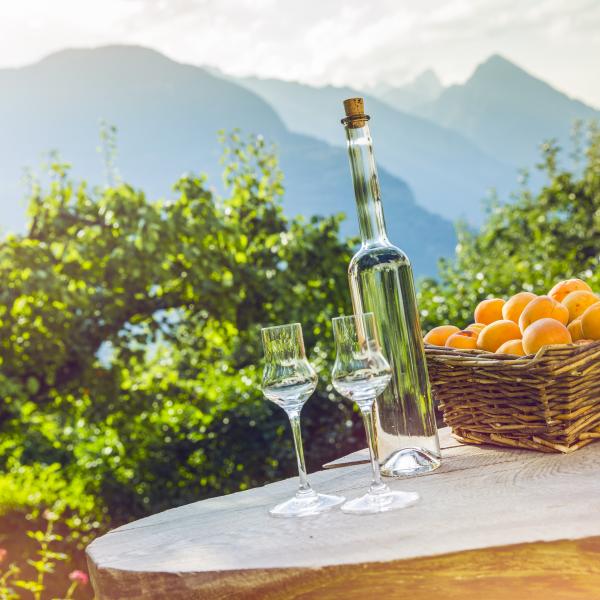 Cultivation of the fruit, storage, fermentation, distillation and bottling of Abricotine all take place exclusively within the canton of Valais.

Abricotine AOP is made mainly with apricots of the Luizet variety; other varieties may be used up to a maximum proportion of 10%. Only the finest fruit are used: they must be perfectly ripe, healthy and clean. The stones must first be removed to avoid excessive bitterness. Once sorted, the apricots are pressed to give a homogenous pulp that will allow full fermentation of the sugars. Once fermentation is complete, distillation follows as soon as possible. The alcohol content is then reduced to a minimum of 40% by volume by adding spring water or demineralised water. 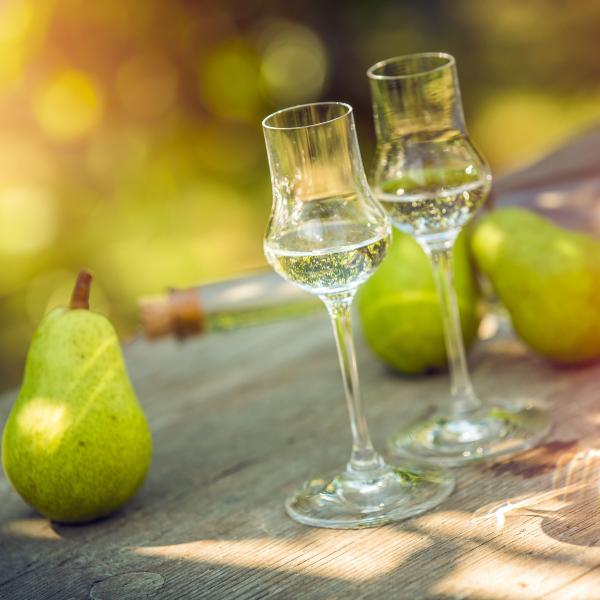 Cultivation of the fruit, storage, fermentation, distillation and bottling of Valais pear brandy all take place exclusively within the canton of Valais.

Only pears of the Williams variety are used for Valais AOP pear brandy. The fruit is picked as it ripens and stored for some time in boxes so that the flavours can develop fully. Before processing, the pears are sorted carefully; no blemishes, rot or mould are permitted. The selected pears are then crushed to make a homogenous pulp that will allow full fermentation of the sugars. Distillation takes place as soon as possible once fermentation is complete. The alcohol content is then reduced to 40% through the addition of spring water or demineralised water. An independent body ensures that specifications are met; the fruit brandies are tasted blind and analysed before receiving the AOP label. 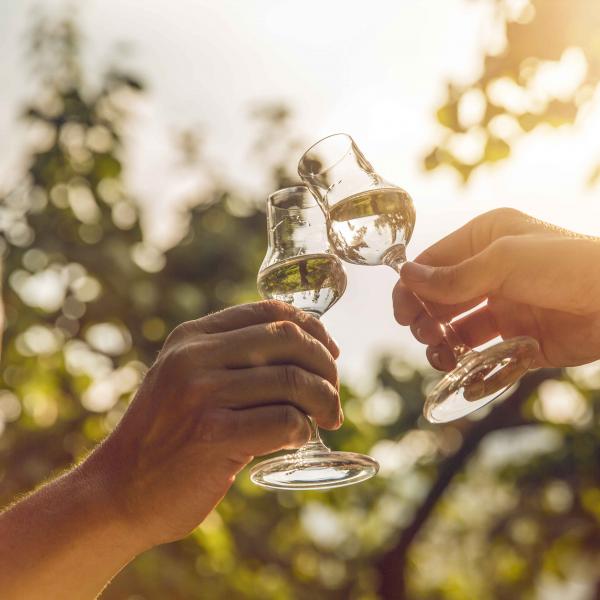 According to historical records, Valais has a long tradition of distilling. In the Middle Ages, it was considered witchcraft; later, spirits were regarded as medicine – but alcohol has always been indispensable for rural communities.

In the 19th Century, documents reveal the existence of itinerant distillers. However, the boom in distillation of Williams pears is linked to the growth of the Morand distillery in Martigny, founded in 1889: it was the company’s famous Williamine brand that brought Valais pear brandy international renown.

Fruit brandies should be served at between 8 and 12 degrees.

These spirits are ideal to round off a fine meal, as dessert, sprinkled over a sorbet or in a cocktail or cake. Various dishes and delicacies offer a different way of enjoying their flavour: liqueurs, chocolates, confectionery, gateaux, mousses and more …