Valais’s landscapes and nature are undeniable assets of the region. From larch forests stretching across the Alpine hillsides to crystal-clear mountain lakes and thriving flora and fauna, many initiatives have been established in Valais for several years in order to protect this precious heritage. Renewable energy, environmentally friendly accommodation and even raising awareness to encourage the use of public transport – discover some of the region’s sustainability initiatives.

Sustainability is becoming increasingly important also in the tourism industry. For customers who are looking for experiences close to nature, it really matters that their trips are as environmentally friendly as possible. Valais/Wallis Promotion is strongly committed in this field. The company is now officially part of the "Swisstainable" sustainability program, which aims to launch an impactful movement throughout the country's tourism industry, with the vision of making Switzerland the most sustainable travel destination in the world. Meeting the criteria of Swisstainable Level 3, VWP is one of the leaders in this sustainability program. Besides creating this program for the entire tourism industry, Switzerland Tourism is also launching a communications offensive that will position the country as a long-term sustainable travel destination.

Numerous dams which store water from melting glaciers give Valais the title of Switzerland’s personal water tower. Hydroelectric power is therefore one of Valais’s most important resources. Every year, the canton produces 10 billion kWh of hydroelectric power, which represents 25% to 30% of Switzerland’s total energy production. The Grande Dixence dam alone covers the annual consumption of 400,000 households.

Valais also has a love affair with the sun. Shining over our valley for 300 days a year, the sun inspires a host of innovations in the solar power sector. Unique projects, such as the highest solar installation in the world and the first floating solar park in Switzerland, are just a few examples of the inventive spirit of Valais’s companies.

Thirty towns and municipalities in Valais have been awarded the title of Energy City. This recognises their ongoing commitment to efficient energy use, protecting the environment, renewable energy and environmentally friendly transport. Three municipalities (Saxon, Sierre and Martigny) have even been awarded the title of Gold Energy City, meaning they achieved more than 75% of the specifications required. 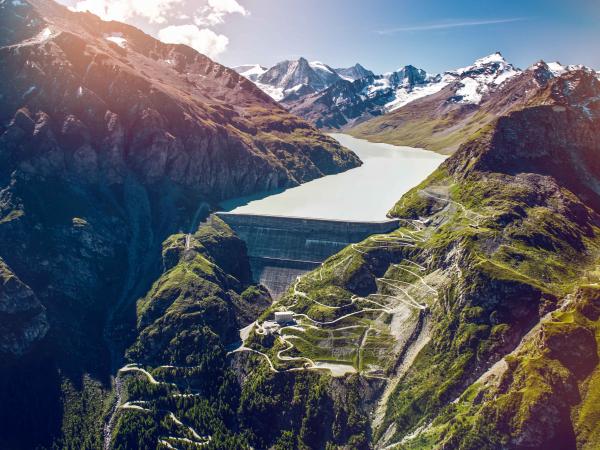 Accommodation is a sector where many eco-initiatives can be implemented. Furthermore, it raises guests’ awareness of their impact on the environment.

In Riederalp, Villa Cassel is an example of carbon-neutral accommodation, thanks to its photovoltaic system that covers all of the centre’s electricity needs. The Cabane de Mille also uses green energy through its roof-mounted solar panels and a wind turbine. The Monte Rosa Hütte, located at 2,883 metres in altitude and one of the most modern Alpine cabins, possesses an entirely unique installation of 122m2 of photovoltaic cells which produce 70% of its energy needs.

Many hotels use renewable energy for their electricity, modernise their insulation in order to reduce the amount of energy used for heating or air conditioning in their rooms, and carefully manage their water consumption. They use local products when creating their restaurant menus and decorate their rooms with sustainably sourced wooden furniture.

MakeHeatSimple campaign
As a pilot region for the SwissEnergy programme, the canton of Valais is participating in the Swiss Federal Office of Energy’s MakeHeatSimple campaign, which is aimed at holiday home owners. The system allows you to switch the heating on or off remotely by SMS, telephone or via an application. It could mean an energy saving of around 2,200 gigawatt hours (GWh) for the whole of Switzerland every year. This corresponds to 3% of the final annual energy consumption of Swiss households and a total of 608,000 tonnes of CO2 emissions.

Greener cable cars and ski lifts
Téléverbier, which has installed solar panels on its buildings, regulates its ski lifts based on demand in order to save energy. In the Aletsch Arena, the trains and the new public transport hub in Fiesch are powered by 100% renewable energy. In Zermatt, the Klein Matterhorn resort was awarded the 2018 Solar Prize for its system of photovoltaic solar panels which produce 42% of its energy needs. The ski lifts at Nendaz-Veysonnaz use less energy-intensive snow cannons and water consumption is limited to the strictest necessity.

Encouraged use of public transport
In Verbier, for example, a free public shuttle bus can be used by guests. 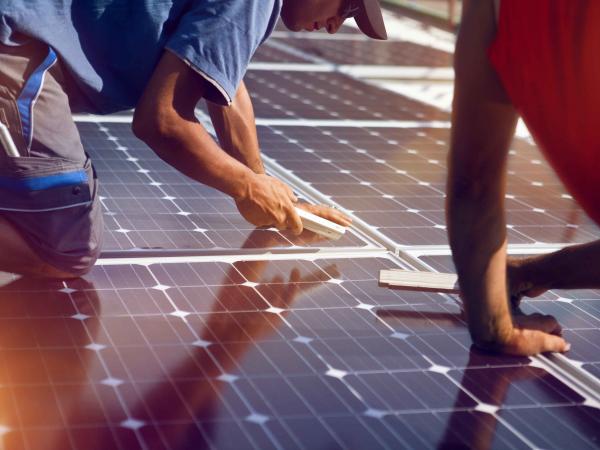 A selection of innovative Valais companies

Infinitely recyclable PET
The Sion-based start-up DePoly has developed a process for chemically recycling PET which breaks down the material into its two main components. Methods of recycling PET already exist, but they have certain disadvantages. For example, it is impossible to manufacture bottles using 100% recycled PET. DePoly has therefore developed an innovative method which means any PET object can be recycled by depolymerising the material in order to obtain its purified basic compounds: ethylene glycol and terephthalic acid. The compounds can therefore be reused to manufacture PET – a process which can be repeated an infinite number of times.

A revolutionary solution for salt content in agricultural soil
Aqua 4D has developed a solution to the problem of soil salinity. The Sierre-based company has invented a revolutionary percolation technique (the process which moves salts below the root zone). By sending an electromagnetic signal through the irrigation water before it is used on crops, the organisation of the water molecules and the mineral behaviour are modified. The plants can absorb all that they need and the salts are dissolved and transported below the roots. Offering short and long-term solutions, Aqua 4D’s technology is now used all over the world. 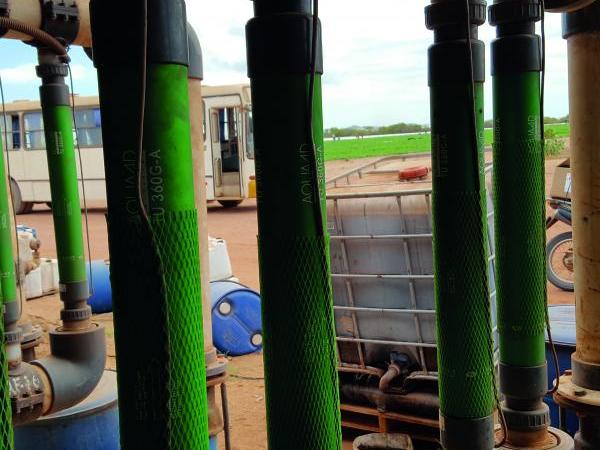 A powerful electric aeroplane
H55 develops electric propulsion systems for the aviation industry. It is the technological legacy of Solar Impulse, a project the two founders worked on together. With the intention of making the industry cleaner, the company has conceived an electrically powered aircraft which flies with zero CO2 emissions. An innovative battery management system closely monitors the 108 battery cells and can, for example, deactivate certain cells if there is a risk of overheating. Destined for flying schools, it will be on sale from 2021.

Greener jeans
Based in Riddes, the start-up RedElec has developed a solution in order to produce a dye for the denim industry which is both more economical and environmentally friendly. Founded in 2007, the company, which specialises in electrochemistry, uses electrons instead of traditional chemical agents, thus helping to tackle micropollutants to clean up the industry.