Have you purchased a knitted garment recently? If so, it was very like made on a machine from the Steiger company based in Vionnaz.

A closer look at the industry soon reveals that all elastic textiles, from stretch jeans to sportswear, are knitted rather than woven. Woollen jumpers, soft plaids and the finest socks are of course knitted. However, when it comes to delicate fabrics, it is difficult to tell whether they are woven or knitted, as the difference is almost invisible. Finding out who knits what is even more mysterious and could well involve a machine from the Steiger company, one of the world's most renowned knitting machine manufacturers. 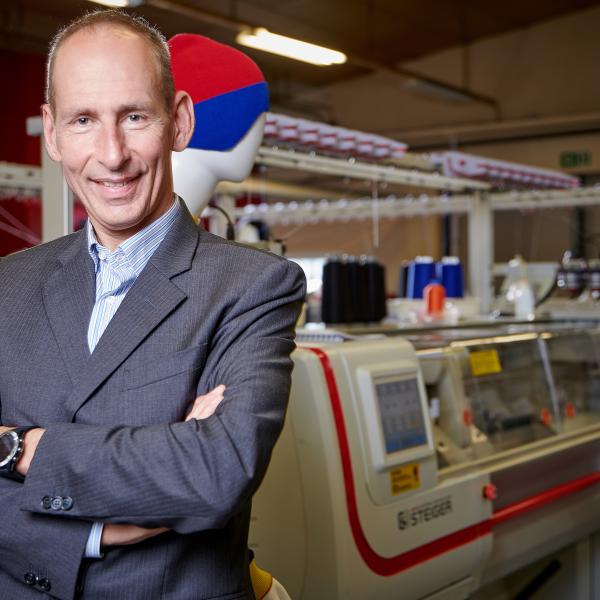 Knitting machines have been produced in the workshops in Vionnaz, near Monthey in the Lower Valais, since 1963. CEO Pierre-Yves Bonvin tells of Steiger's move to the region: "The company founder, who was based in France, wanted to expand. The municipal authorities made him an attractive offer in order to create jobs for the village".

The company's experts have always been trailblazers: in 1979, Steiger Participations SA was the first company to develop the world's first fully electronic knitting machine, naturally named Electra. In 1999 came a new innovation: Vesta Multi, the world’s first machine with motorised yarn-guides. A year later, the company registered the patent for a revolutionary slider-type compound needle. In 2015, it developed the first machine serving to knit three-dimensional carbon or glass fibre preforms.

These achievements might not mean much to the layman, but have convinced great designers such as Max Mara, Dior and Hermès to knit their precious fabrics on Steiger machines. As Bonvin explains: "The world of haute couture represents about 25% of our clientele.”

Although the sector is synonymous with prestige and known to the general public, the development of knitting for medical applications represents an even greater share of the company's production. The knitting machine designers at Vionnaz are experts in the manufacture of full body suits for treating burn victims. It has been proven that wounds heal better if they are rapidly and completely covered. Steiger has also innovated in this area with the help of its IT specialists, "who have developed software that enables doctors to scan the patient's measurements. The data is transmitted directly to the machine, which can quickly knit a custom-made suit". These medical applications, which also include the manufacture of compression bandages for knees or elbows, account for the largest proportion of Steiger's production. 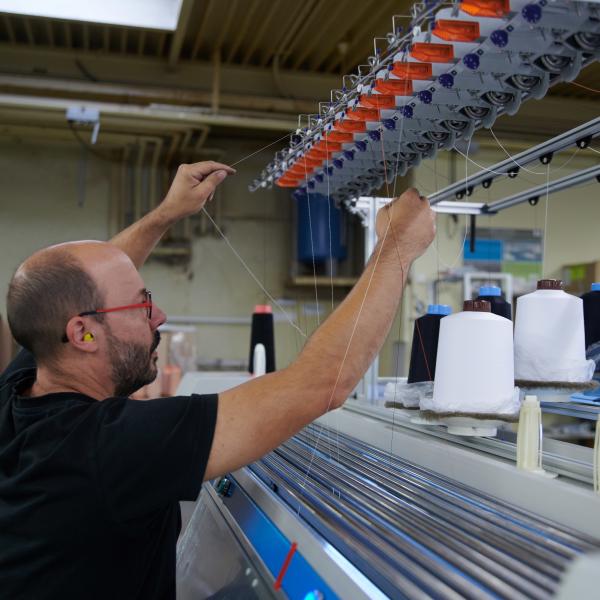 The future is also directed towards the development of knitting materials such as carbon and glass fibre. This technology makes it possible, for example, to produce ultra-light helmets, whose knitted shape is then solidified by resin. Steiger is also developing projects for the aeronautics industry. A kind of hardened knit would make the nose of an aircraft much lighter and just as strong. "Aeronautical manufacturers are always looking for solutions to make aircraft lighter. We are currently testing a prototype,” says Bonvin.

The company has already experimented with the use of knitting in the construction industry thanks to Mariana Popescu, a doctoral student at the ETHZ. For her thesis, the architect developed algorithms that automatically translate an architectural design into a textile form. Industrial machines can knit the shape in a few hours, with the added advantage of a final product that is both light and flexible. Together with her colleagues, she succeeded in designing a metal cabling system that allows the shape to remain in place while it is covered with concrete. To finalise her project, she found the necessary support from Bonvin and his colleagues. "She came to us to learn knitting; we supported her with our knowledge and machines. It was an exciting experience for her as well as for us”, says the CEO.

Since 2010, Steiger Participations SA has belonged to the Chinese Ningbo Cixing Group. The two companies were already working together before the takeover. Today, Vionnaz supplies the European market and Ningbo Cixing supplies the Asian market. "We had to get used to working together”, admits Bonvin with a smile. This sale initially raised fears among the 50 or so employees at the Vionnaz site, including concerns that the Chinese would want to acquire the company's expertise and then shut down the site.

"At that point I informed the company's owners that the best option would be to buy our factory buildings – of which we had hitherto been tenants – which represented a long-term commitment. And that is what we did." Today, this situation is proving beneficial for both companies. Bonvin travels to China an average of four times a year for discussions with the board of directors. "Over there, things don’t work exactly like in Switzerland”, he explains with a grin. “Here, you have to arrive with a clear presentation and be concise. In China, personal discussions are more important, and numbers alone are not enough." 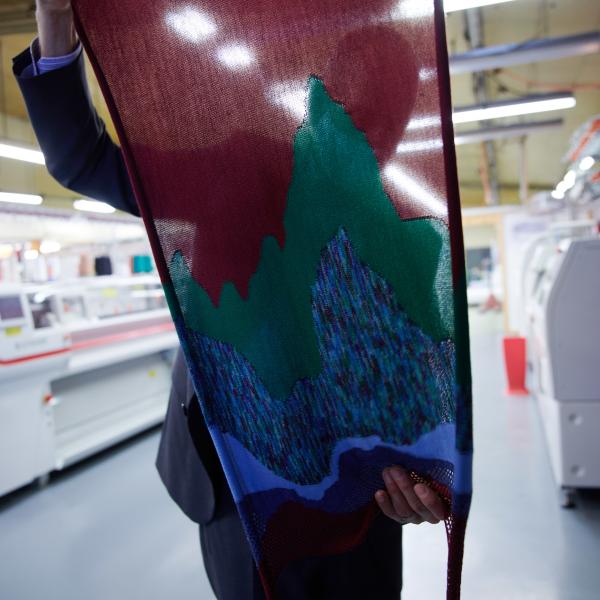 This year, the head of the Vionnaz site has not yet visited China. The pandemic has not only prevented travel, but also caused many order cancellations. "We are on short-time working because we cannot deliver any machines at the moment." The atmosphere has taken quite a hit, admits the CEO. He has therefore developed an innovative project for the knitting machine factory: to start producing fabric masks. He supplies the basic materials and his teams assemble them on their own knitting machines. "This is absolutely not our field of activity; we are machine builders. We have reinvented ourselves and this has really boosted motivation within the company. We now proudly produce fabric masks and our 3D masks are even certified.”