Valais at the heart of summer

Summer in Valais got off to a somewhat sluggish start this year. However, in early June, it really took off, with plenty of sunshine and temperatures over 30°C. It makes you want to just get outside. Plus, the Valais has so much to offer outdoors – it’s mindblowing. New MTB and cycle routes. Numerous major cycling events such as the UCI Mountain Bike Marathon World Championships in Grächen. Trail-running parks and suspension bridges for that extra adrenaline kick. Not to mention the crystal-clear mountain lakes. You can be sure they reflect a whole lot more than just the peaks of the four-thousand-metre mountains. This summer, as families enjoy fun times by the water, some will take their kids on an exciting treasure hunt, as hikers head for the newly renovated Binntal hut. Then again, the Valais summer is not only a paradise for sporty types. Far from it. There’s also the Valais Cantonal Day at the Fête des Vignerons in Vevey, the Zermatt open-air theatre performed against the backdrop of the Matterhorn, or the Federal Festival of Traditional Music in Crans-Montana. Such events with their own traditional charm are surprisingly inspiring.

Would you like to find out more about Valais? Don’t hesitate to contact us: we would be delighted to provide you with further information or organise interviews.

Bicycle and MTB events in Valais

In the summer of 2019, there’s a lot going on in Valais involving two-wheelers. The following major events draw crowds of participants and spectators:

• 15–18 August: Verbier is launching its E-Bike Festival. The programme includes culinary routes and discovery tours, tons of e-bikes to try out, and an e-enduro race through Val de Bagnes with three different distances, as well as children’s races.

• 23 and 24 August: The largest mountain bike race in Europe, the Grand Raid BCVS, celebrates its 30th anniversary. The race covers 125km from Verbier to Grimentz. Shorter routes from Nendaz, Hérémence and Evolène are possible. To mark the 30th edition, the organisers have come up with a new trail open to everyone: an e-bike tour between Evolène and Grimentz that avoids the Pas de Lona pass.

• 19 September: This summer, every keen cyclist can challenge former cycling pro Fabian Cancellara. One stage of the «Chasing Cancellara» race series, on 19 September, takes riders from Zurich to Zermatt. 290km and 7,000 meters of altitude difference represent a challenge for even the strongest legs.

• 21 September: Witness the action when the world’s best riders come together in Zermatt for the final stage of the Enduro World Series. The Traillove Festival, which takes place from 18 to 22 September, offers spectators additional entertainment.

• 20–22 September: Nothing less than the UCI Mountain Bike Marathon World Championships is being held in Grächen this year. Besides watching the battle for the title of world champion, you can also explore the regions’ newest bike trails. 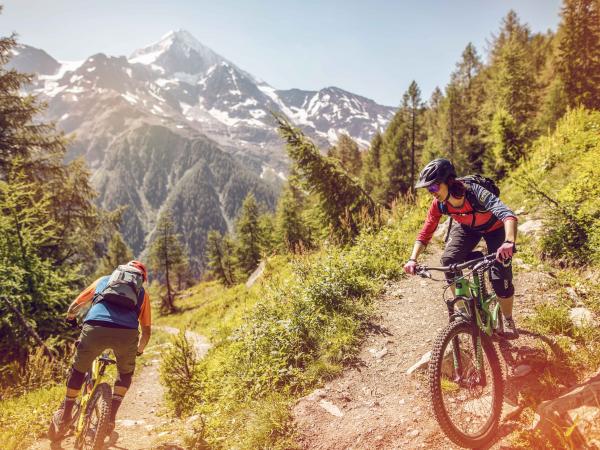 Which new routes are awaiting discovery by bicycle or mountain bike this summer?

Downhill fans should definitely check out the new track in La Tzoumaz. It is easy to moderate and a great addition to the seven existing trails. The official opening will take place from 5 to 7 July.

Upper Valais is a magnet for mountain bikers. A number of new routes are being opened in Lötschental, Grächen and around Visp. The new Valais Mountain bike map offers an overview of available trails. Join our media trip in August and discover the mountain bike paradise that is Valais.

If you prefer a normal street bike, you might like to try the new routes «Châteaux de Sion and Surroundings» and «Crans-Montana Panoramic Route». There is also an overview map for road cycling enthusiasts. 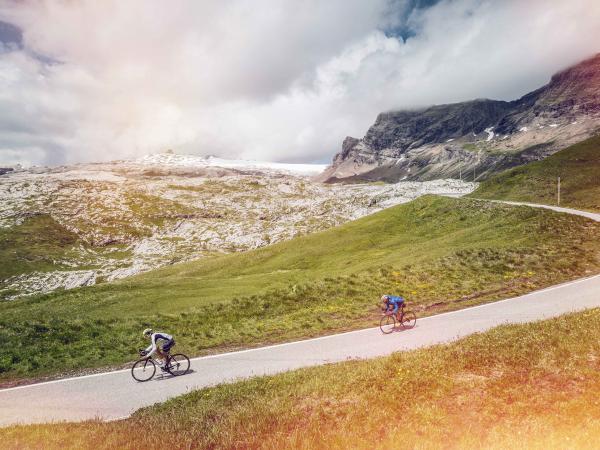 Trail running is becoming increasingly popular and more and more Valais resorts are offering signposted trail-running routes: a boon for enthusiasts, who need only follow the waymarkings to enjoy the carefully designed itineraries to the full. Four destinations in Valais – Crans-Montana, Evolène, the Val d’Anniviers and the Dents du Midi region – have developed special route network concepts that offer something for every level. And if you want any professional tips, Valais native Jules-Henri Gabioud is your man. Check out his profile! 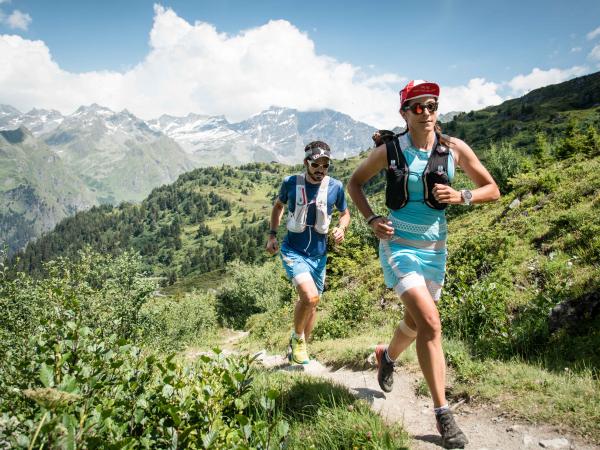 Valais at the Fête des Vignerons

2019 marks the 12th edition of the Fête des Vignerons in Vevey. It’s an event that happens only once in a generation and enjoys UNESCO Intangible Cultural Heritage status. Under the motto «Valais moves the mountains to Vevey», the Canton will be presenting its very own blend of tradition and modernity on 26 July. Besides the traditional parade, there will be concerts and art performances in cable car gondolas. Pride of place will also be given to the apricot, the «Prince of the Valais orchards». The role of official ambassador of the Valais is filled by Line Dorsaz, a young winemaker. Learn more about her in the «Faces of Valais» of the month of June. 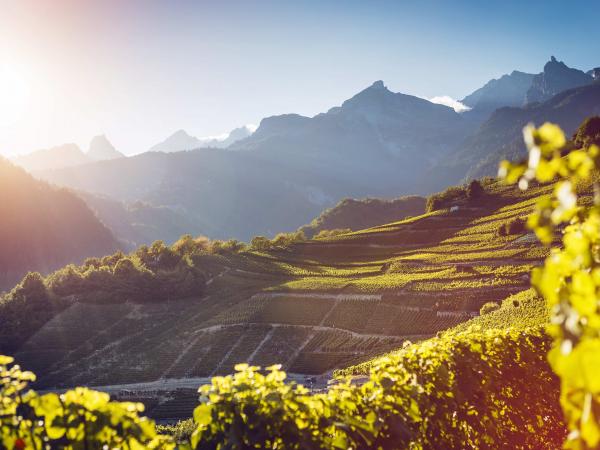 Following their great success last year, the Valais family destinations Aletsch Arena, Bellwald, Blatten-Belalp, Grächen, Nendaz, Saas-Fee and Zermatt are once again offering treasure hunts. This year they have all adopted a common theme: water. It provides a way for children to playfully approach a topic that has always played such a vital role for Valais and its history. They learn about mountain lakes, glaciers, bisses and alpine gorges, but also how the water supply was maintained to mountain villages. Published jointly by these destinations, a brochure outlining all the treasure hunts helps them search for hidden treasures, with maps, puzzles and funny anecdotes. The Valais Treasure Hunts are designed for children aged 6 to 12. All relevant information is available from the local tourist offices. 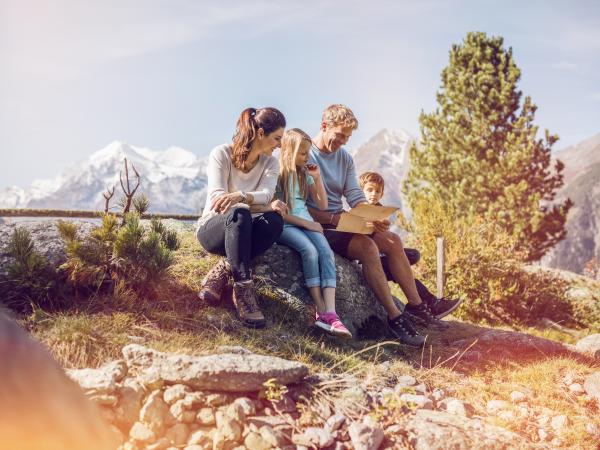 In recent months, the Binntal hut has been undergoing renovations. The roof has been raised, the kitchen expanded, a photovoltaic system installed, new sanitary facilities built and the interior fittings modernised. The hut is located in the Binntal Landscape Park at 2,275m and can sleep 50. It’s an easy three-hour climb that is also suitable for families. The hut makes an ideal base for tours up to Ofenhorn and Blinnenhorn. 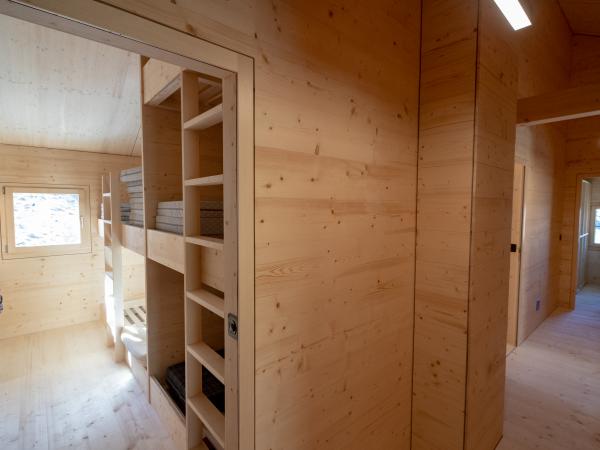 The Federal Festival of Traditional Music will take place from Thursday, 19 September to Sunday, 22 September. This is the second time that Valais has hosted the event, the first being the Martigny edition in 1987. Some 1,500 musicians and 80,000 spectators are set to enjoy this typically Swiss festival in the heart of the Valais Alps. A varied programme awaits young and old. Take the opportunity to visit the Federal Festival of Traditional Music as part of our group media trip «Living Traditions in Valais». 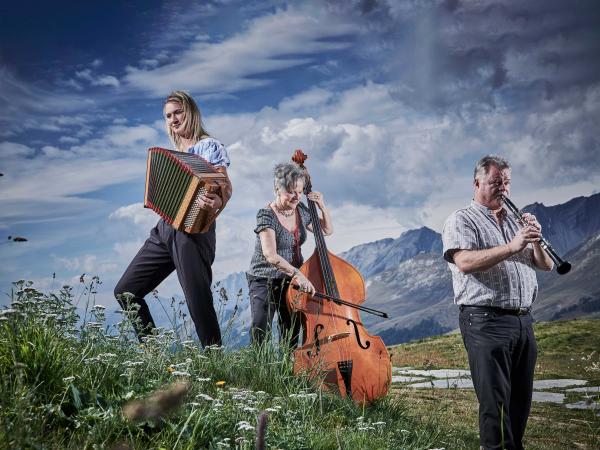 For its 3rd summer open-air theatre production, Zermatt is staging a historical play. In 1871, six years after Edward Whymper’s first ascent of the Matterhorn, an experienced 35-year-old British mountaineer called Lucy Walker wants to become the first woman to scale the peak. However, the rebellious young woman’s plan is met with resistance from all sides: an amusing and exciting play in which prejudice and fear meet ambition and courage. From July 11th to September 1st 2019. 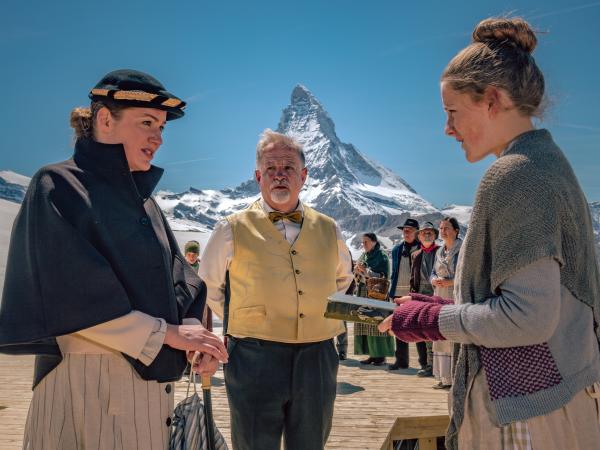 Summer in Valais in figures

Full press kit on activities and new developments in Valais

We offer themed press trips to various destinations in Valais.

You will find more than 18,000 pictures of Valais in our photo library, available for editorial use. Please respect copyright.