Listen to the bubbling of the cheese as it melts. Take a deep breath and savour the exquisite aroma. Watch the golden crust form on the surface of the cheese. Scrape off the top layer on to a plate, sprinkle with freshly ground pepper and let the delicious flavour seduce your taste buds. Feel the creamy texture melt in your mouth. Enjoy with all your senses! Ready for another portion? Raclette is the dish that best embodies the conviviality of Valais gastronomic tradition. Cheese has been made in Valais since at least the 4th century BC; in ancient Roman times, cheeses from the alpine pastures were a prized delicacy. The earliest surviving reference to serving cheese in melted form dates from 1574. The word “Raclette” was first used in written documents to denote the cheese in 1874, although the term is much older, originating in local dialect (“racler” means “to scrape”). The traditional recipe for Raclette du Valais AOP cheese is still used to this day. 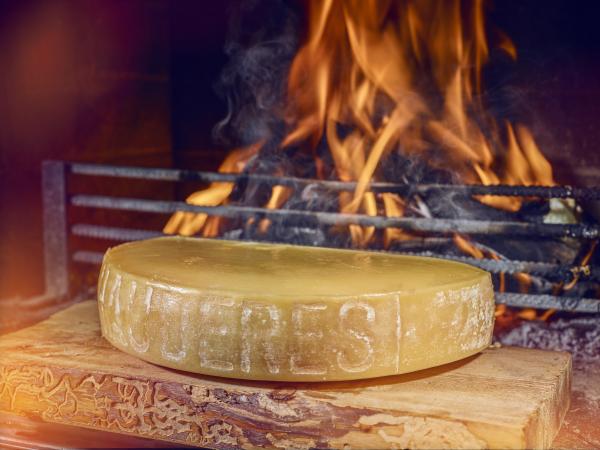